Anand Karaj is the religious name of a ceremony performed in a Sikh Wedding. It is considered one of the graceful, tranquil, and purest experiences, held in the Gurudwara and in the presence of the holy book, The Guru Granth Sahib Ji. Like any other Indian wedding, Anand Karaj also has pheras, also called Laavan to conclude the wedding.

In this ceremony, the families of both bride and groom celebrate the union of two kindred spirits in the presence of God. Anand Karaj ceremony is considered to be the most sacred way of tying the knot, a long tradition that all Sikhs are opting for.

This joyful union of two hearts, a Sikh wedding usually spans across a few days. Let us learn in detail about all the ceremonies performed during this time.

Whether it is an arranged marriage or a love marriage, parents of both the bride and groom must give their blessing for this sacred union. This ceremony marks the beginning of the wedding preparations that follow suit. When the family of the bride gives the groom some gifts and sweets, this ceremony is called Roka, and when the groom’s family gifts something to the bride, it is called Thaka. 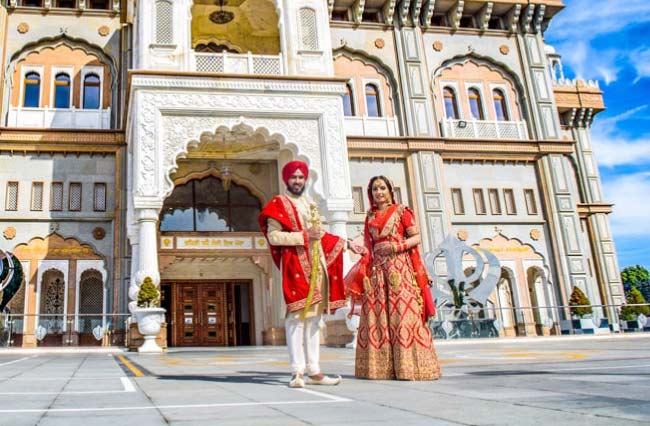 In this ceremony the couple exchange rings. The traditional name of the engagement ceremony is Kurmai. Before the ceremony begins, the priest offers a short prayer, also known as Ardas. The bride’s family gifts a Kada and Kirpan to the groom, both of which are important in the Sikh religion. The families also exchange gifts like clothes, coconut, sweets, dry fruits, and jewelry.

Before the Anand Karaj, both the families feel it is a good omen to host a kirtan at their respective residences. Experienced musicians are called from the local Gurudwara who sing Gurbani. The entire atmosphere is serene and tranquil.

A couple of days before the wedding, the family of the groom and bride apply turmeric paste on their body and face. The thought behind this ceremony is that the skin of the bride and groom should shine on the day of the wedding. During the Haldi ceremony, the ladies of the house sing traditional songs. The Mehndi ceremony also takes place during the same time, in this ceremony the ladies of the family apply mehndi on their hands. 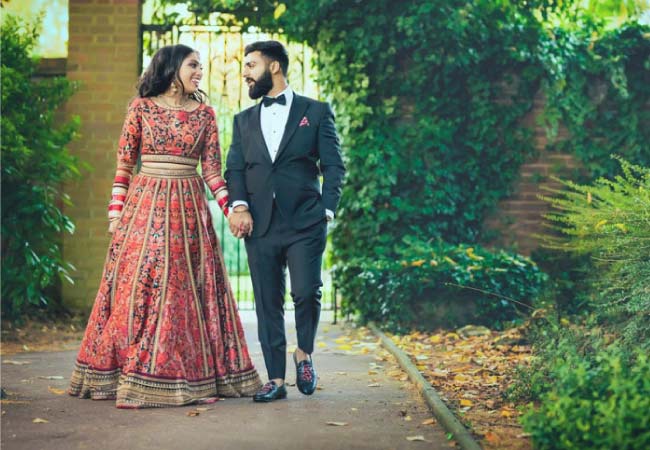 In this ceremony, Gaana (a red thread) is tied on the right wrist of the groom and on the left wrist of the bride. It is believed that the Gaana will protect the couple from all evil eyes.

After this, the groom’s sister in law visits a Gurudwara to fill a utensil called Ghadoli with holy water taken from the Sarovar. This water is used to bathe the groom after the Haldi Ceremony.

The bridal Chura is the first symbol of a newly married woman. These bangles are gifted to the bride by her maternal uncle. After the Chura ceremony, the bride’s sister and bridesmaids tie kalire to the chura, which symbolizes happiness and prosperity.

Right before leaving home, the groom’s father ties a turban to his son’s head. He is handed a replica of a sword that he has to carry throughout the wedding. The sister of the groom ties a sehra around the turban that is covering the face. Just before the groom leaves for his wedding, his sister in law applies Kajal to his eyes, which is a symbolic gesture to fight off any negative energy. 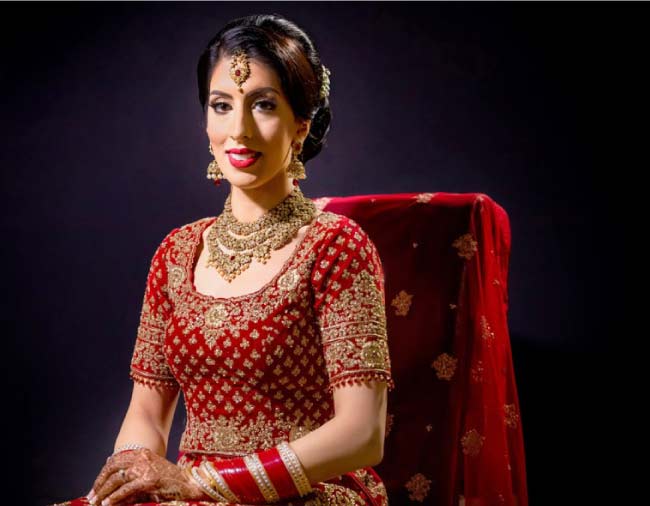 As per the traditions, the groom has to travel to the wedding venue on a Ghodi. All the family members of the groom accompany him to the venue.

This procession is also known as Baraat, which includes a lot of dance and dhol. Once the baraat reaches the venue, the family of the bride greets and welcomes them at the gate. Each member of the baraat is introduced and the bride’s family gifts them a garland.

After the Laavan, the bride changes into the clothes and Jewelry which is gifted to her by her inlaws. After this, the elders of the family give their blessings and gifts to the bride.

Traditionally in Sikh Wedding, the bride leaves her parent’s house in a wooden palanquin, also known as Doli. The bride throws puffed rice grains over her shoulder and prays that after she leaves her home, her parents always proper.